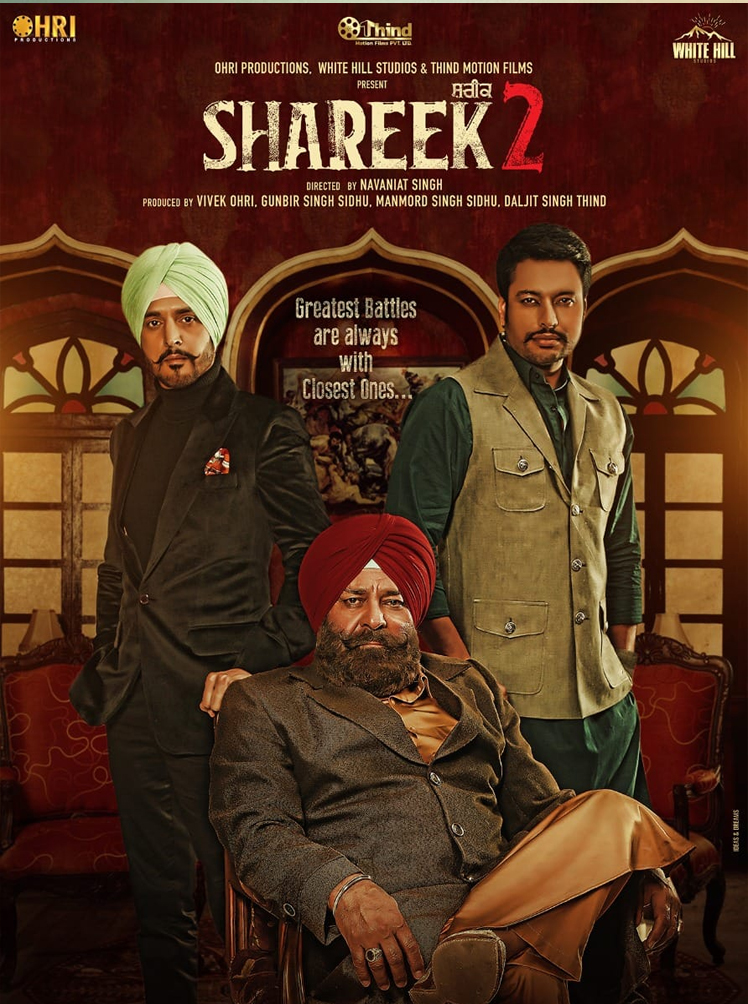 Punjabi movie Shareek 2 is the sequel of Shareek movie released in 2015. An extremely talented Navaniat Singh is the director of the film. Furthermore, the film features –Jimmy Sheirgill, Dev Kharoud, and Sharan Kaur as the main lead. Next, the action-family-drama is produced under Ohri Production, White Hill & Thind Motion Films. Whereas, Gunbir Singh Sidhu, Manmord Sidhu, and Vivek Ohri serve as the film’s producers. In addition, Inderpal Singh pens down the story while Harmeet Singh heads DOP. The movie will hit theatres on 8th July 2022. Stay tuned with us to know more about Shareek 2 cast, story, songs, trailer, and much more.

The story of two step-brothers who fall into a bitter quarrel to claim the ownership of paternal land. Soon after, the fight turns into a battle for honor, respect, and love.