After giving a unique hit of its kind ‘Ashke’, the crew of Rhythm Boyz Entertainment is all set to come with its sequel “Ashke 2”. This year Rhythm boyz released Amrinder Gill’s starring movie ‘Ashke’ without creating any type of hype by promotional functions or song promos etc. Even the movie’s trailer was released on YouTube, only when movie was launched in theatre, but the love of ‘Amrinder Gill’ and his attachment with his roots successfully attracted the audience in large numbers. Rhythm Boyz presented their gratitude as the movie Ashke successfully entered into its 6th week in North America.

Amrinder Gill shared a poster o their social media which do has the releasing dates of their three upcoming Punjabi movies, two of them are from next year. The first movie is Amberdeep Singh’s ‘Car Reebna Wali‘, which would be released on 14 December 2018. Another movie is Harish Verma’s next movie, whose name has been kept secret, but it will be released on the 8th of February in 2019. And the third is none other than Ashke 2, which will have everyone’s favorite Amrinder Gill again on lead. This sequel of Ashke movie would be released on 26th July of 2019. 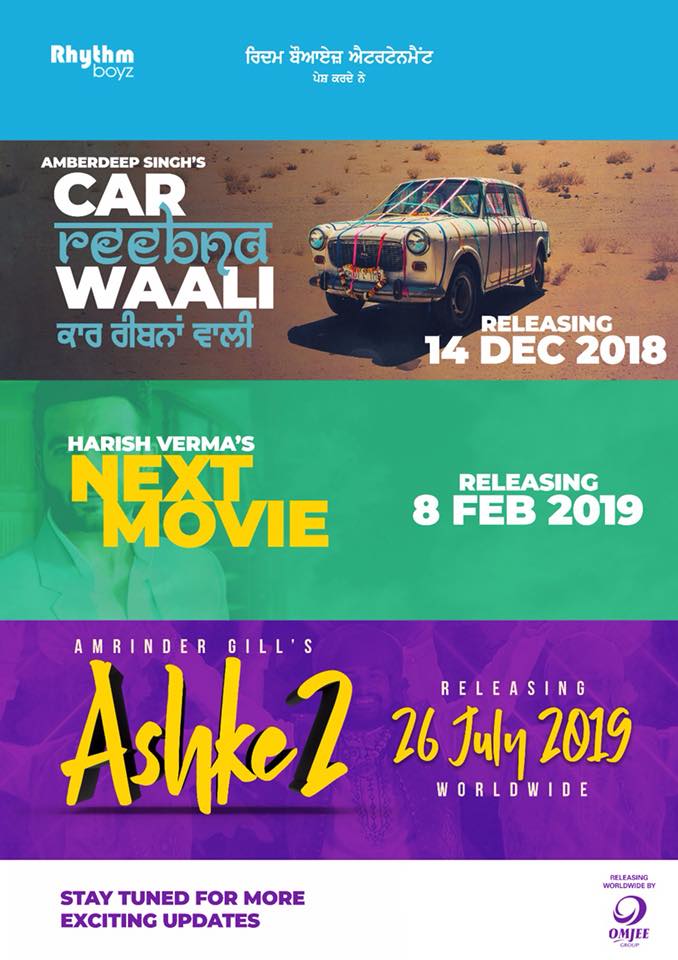