Wamiqa Gabbi was born on September 29, 1993. This talented diva hails from Chandigarh, India. Wamiqa Gabbi has made her name in the Punjabi Industry with her spectacular performances beginning with her debut movie titled ‘Tu Mera 22 Main Tera 22’ in 2013. When she was 8 years in age, she did a Punjabi TV serial also whose title was ‘Saude Dillan De’. Surprisingly, not many know that Wamika Gabbi had also played a role in the Bollywood movie titled ‘Jab We Met’ while being a participant in a dance reality show. She is unmarried, as per her Wikipedia. Her family consists of her father whose name is Govardhan Gabbi and her mother – Raj Kumari. She also has a brother whose name is Hardik Puran Gabbi. 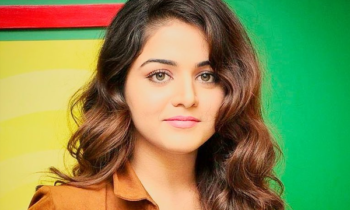 Will Wamiqa Gabbi Play a lead Character in Nikka Zaildar 2 ?