You might watch tons of films on 1984 Riots, some entertained you and some got banned or failed before releasing due to the pressure of government. But this time scenario and story is different two young bloods Harjinder Singh Jinda and Sukhdev Singh Sukha who fought for their rights by using master planning and brainy tricks will Picturized on the screens on 11th September 2015 Worldwide. According to films makers “The Mastermind Jinda Sukha is not only the film who is entering to earn profit but to let our youth and people know about the innovative thinking and master planning planned by implemented by Jinda and sukha which no one can think even”. An awesome must watch film has some unrevealed truth during the time of a shoot. 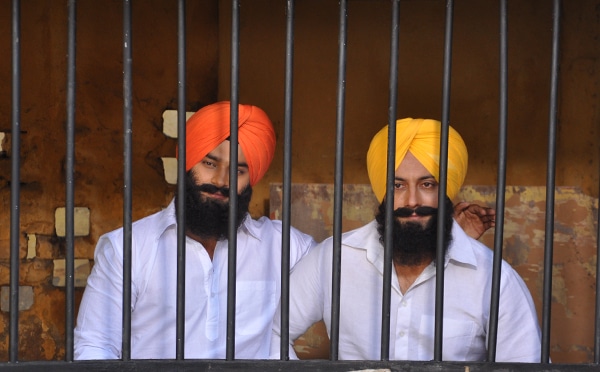 1). In the movie as we know Nav Bajwa is playing a character of Harjinder Singh JInda. On the other hand, he wore the real clothes of Jinda Ji during the shoot which Filmmakers taken from his sister house (Harjinder Singh Jinda Sister).

2). The shooting of a film has been completed in the village of Harjinder Singh Jinda. During a shot, not only production house presents but people from the village gathered there to watch a real-time shot and producers of the movie distributed free food among villagers daily.

3). Isha Sharma performed a role of Nav Bajwa sister and while shooting a scene she got emotional and then badly upset for few days.

4). During the time of hanging people who were watching the scene got emotional and some cried on the set.

5). One very Interesting role played by Jinda Ji sister throughout the film. She made the things easy for artists by telling them original situations of that time when her brother was fighting for the freedom. Actors of the film strongly believe that her sister play vital role explaining the scenario of brave souls life.

We hope after reading these truths you guys will definitely going to watch movie with your family on 11th sept 2015. Theatres listing coming soon. Stay tuned with us!