Few days ago, Punjabi singer-actor Parmish Verma hinted at a big-surprise on its way for his fans and followers. And today, the much-awaited news finally makes it to the headlines! 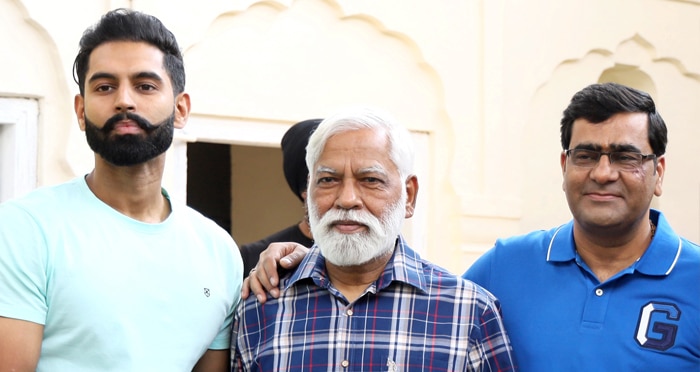 The star is all set to sizzle and shares the big screen with his own father Dr. Satish Verma. Yes, the powerful father-son duo is gearing up to mark a niche on the silver screen altogether. Furthermore, the movie title Main Te Bapu also well compliments the real-life narration. In addition, Omjee Star Studios and Parmish Verma Films collaborate for the Punjabi film.

During the mahurat shot of the film, Mr.Munish Sahni of Omjee Star Studios expressed his excitement and gratitude. He said that he has a long-established association with Parmish Verma since his first film, Rocky Mental. Now with Main Te Bapu, their relationship goes even stronger. Moreover, he assures that the film will be a sheer treat for all movie buffs. On the other hand, Parmish Verma feels blessed to have his first ever production venture with his real life hero, his father.

Well, the Verma duo has already garnered accolades for their impeccable chemistry on social media. Thus, viewers will surely look forward to how they demonstrate it on the big screen!