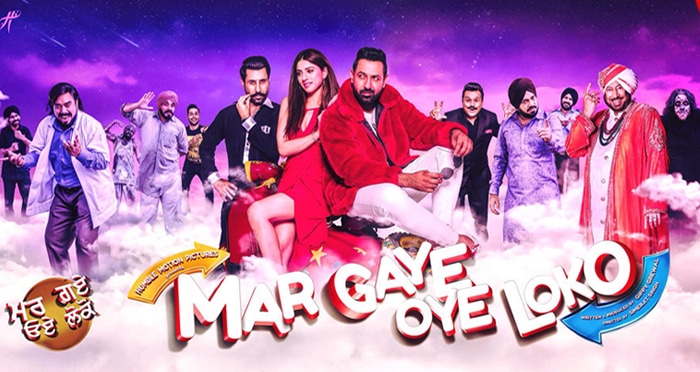 Humble movies production’s third movie ‘Mar Gaye Oye Loko’ is running towards a large box office collection. This production has earlier given two major hits ‘Ardaas’ and ‘Manje Bistre’. Now it is the third movie by them and it is also moving in the direction of looting the box office. Gippy Grewal has posted on his Facebook page about the grand collection of “Mar Gaye Oye Loko”. According to his post this new Punjabi has collected an amount of 7Cr 93Lakhs (First Weekend) in India. Thus, a big relief for the producers. Especially, when there is a clash with a Punjabi audience’s favorite Deol Family’s ‘Yamla Pagla Diwana Phir Se’ and a Bollywood horror-drama movie ‘Stree’.

The movie has been released worldwide and is attracting the large group of audiences in the foreign lands. No doubt it is the magic shown by work of the star cast and the whole team of Mar Gaye Oye Loko. Interestingly, in this week and the other movie, there ain’t any Punjabi movie which can compete in this movie. Hence, Mar Gaye Oye Loko can take the box office collection to big numbers.