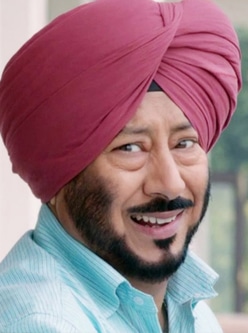 Jaswinder Singh birthdate is May 4, 1960. In 1988, he began his career in the field of comedy with ‘Chankata 88’. And in this, Jaswinder Bhalla’s co-performer was Bal Mukund Sharma. Jaswinder Bhalla’s debut movie was titled ‘Dulla Bhatti’. He is famous with the nickname of ‘Chacha Chattar Singh’. His wife’s name is Parmdeep Bhalla. Jaswinder Bhalla has 2 children, one son Pukhraj Bhalla and a daughter Ashpreet Kaur. And, his father is also a part of his family. His Wikipedia is filled with more interesting facts and stories. But there are some controversies also. These are related to his comic series ‘Chankata 88’. The field of comedy and actor Jaswinder Bhalla name are two parallel things in the Punjabi film industry.