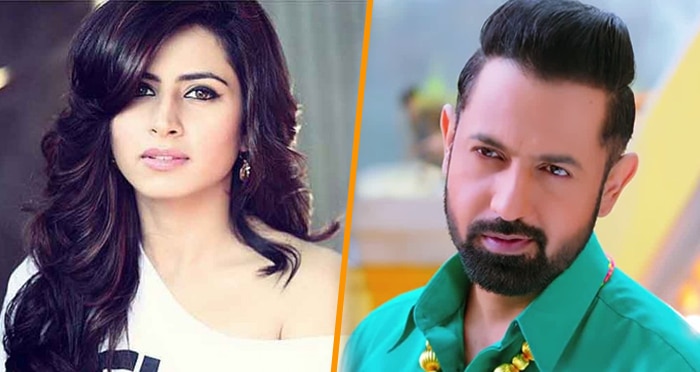 These days not only the stories and the concepts of Punjabi cinema are getting better day by day but also the star cast of movies is also a high voltage sensation for its audience. Recent news is ‘Gippy Grewal’ will be seen with charming girl ‘Sargun Mehta’ in upcoming Punjabi movie “Chandigarh Amritsar Chandigarh”. As the name of the movie is indicating that the movie is all about a journey on the roads of Chandigarh to Amritsar. Our reliable sources had confirmed that the shoot of the movie will be started in September this year although it is going to be released in June 2019.

Presently Gippy Grewal is busy with the promotion of his movie ‘Mar Gaye Oye Loko’, in which he will give his audience a fun ride to Yamlok, whereas Sargun Mehta seems quite excited about his new Punjabi movie ‘Qismat’ in which she will be seen opposite to ‘Ammy Virk’. Both Grewal and Mehta have given huge blockbusters in Punjabi Pollywood, but still, they have not shared the screen together, also the audience is also very much interested in seeing them together. So we can expect a mega show by this new couple in Punjabi cinema.