The Punjabi music sensation Gippy Grewal is busy prepping for his forthcoming music video ‘Kithe Challey Oo’ Where Baby Where in an overseas location. Unlike his others music videos, this is a little distinctive and special. Yes, it includes the popular US-based social media icon Amanda Cerny.

The sizzling model took to her Instagram handle and shared a story, giving a quick peep into the video making. Besides Gippy Grewal and Amanda, the video comprises the director of the song, Baljit Singh Deo. By the way, Gippy has already worked with Baljit on several music videos earlier. Jaani has done the lyrics while the music is given by Sukh E Muzical Doctors. 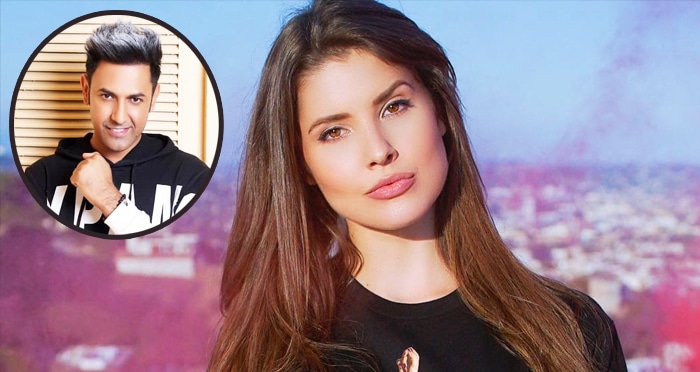 Amanda looks fresh and exciting for the single. By the way, she is a fitness professional and TV celebrity. But she is famous for her bold appearances on her social media handle. With millions of followers, Amanda is quite a pro-active member in the virtual world. She has also served in several Hollywood projects and music videos. In addition, it is widely speculated that she charges a bomb (huge) for her performance.

However, the Carry on Jatta’s actor Gippy Grewal is all set to fire up the stage with his upcoming projects. His last outing included critically acclaimed Daaka. Recently, he unveiled a look of his much-awaited single Khatarnak in collaboration with celebrity rapper Bohemia.

Well, we wish the megastar of Punjabi film industry all the luck and success ahead!