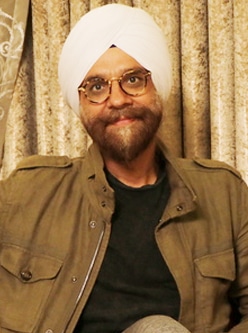 He is a famous Director. Baljit Singh Deo is an Indian director and director of photography, who primarily works in the Punjab Entertainment Industry. He was born in jalandhar and later moved to England. He made his directorial debut with the film Jag Jeondeyan De Mele. He married Taran Deo and is blessed with a son Himmat singh Deo. He then went on to direct Hero Naam Yaad Rakhi and Faraar, Baljit Singh’s 2017 release includes the rom-com Manje Bistre, which stars Gippy Grewal, Sonam Bajwa and Gurpreet Ghuggi in important roles. He Directed many songs – Tu Judaa was first song directed by him. Before stepping into the industry he worked in Motorola and EA sports as development director.