Jodi First Look: The Fresh On-Screen Couple Will Leave You Craving For More

The two prominent stars of Pollywood industry will soon share the screen space together in the forthcoming Punjabi movie, Jodi. Yes, the gorgeous Nimrat Khaira and super talented Diljit Dosanjh will play the lead pair in the flick. And to everyone’s surprise, handsome hunk Amrinder Gill will make a significant guest appearance.

The film will display an era of the 90’s where there were no CDs or pen drives, but audio cassettes were wide prevalent. Furthermore, to add the real spice, Diljit has gone an extra mile and learnt to play tumbi (tradional musical instrument) to meet his movie’s character’s demand. Also, the star lead will display the lives of singles as well as the real flow of emotions, during the earlier times.

The flick is presented by Rhythm Boyz and Dalmora Films. Penned by Gurpreet Singh Palheri, the one who wrote Diljit’s Saajan Singh Rangroot. Directed by Laung Laachi fame Amberdeep Singh, the movie goes on floors. The shooting of the movie has kick started recently in the Holy City of Punjab, Amritsar. The finest actor Hardeep Gill will be playing an essential supporting role alongside the prime cast. Slated to release in 2020, the movie promises to be full of fun, laughter, and love. 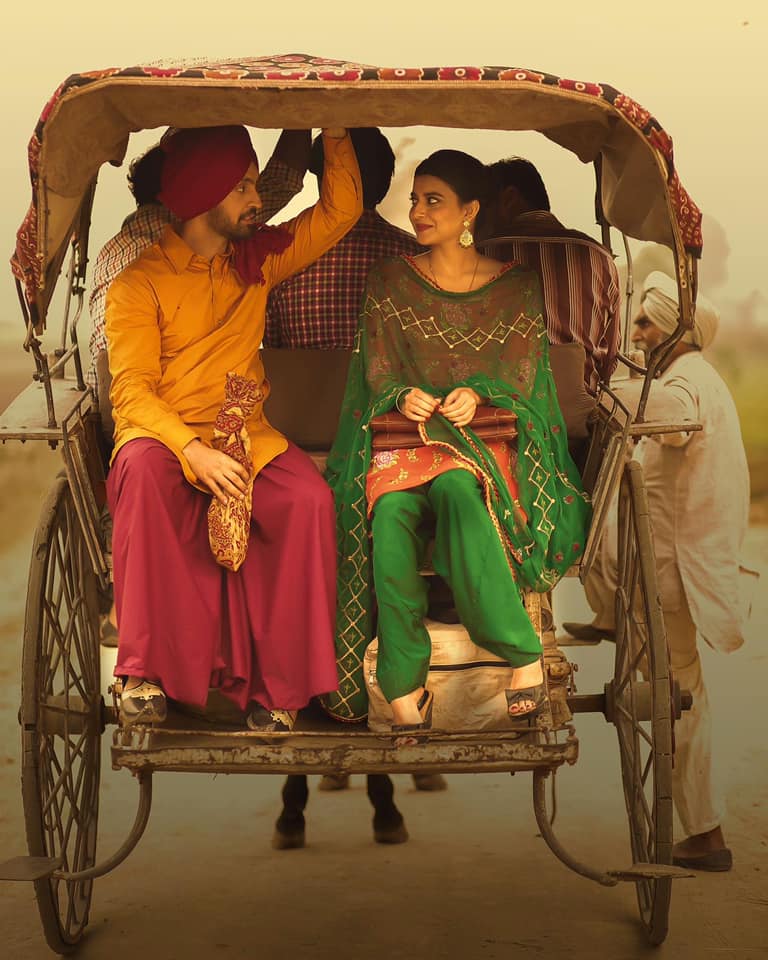 Earlier, Nimrat was last seen in the Tarsem Jassar starrer, Afsar and Rhythm Boyz Entertainment ventured motion project, Lahoriye. While Diljit’s last outing was Shadaa. Well, that’s all about their past and upcoming projects. We wish the duo all the very best. For more updates, stay tuned!