Be ready to fall in Punjabi love this October with ‘Lakeeran’ 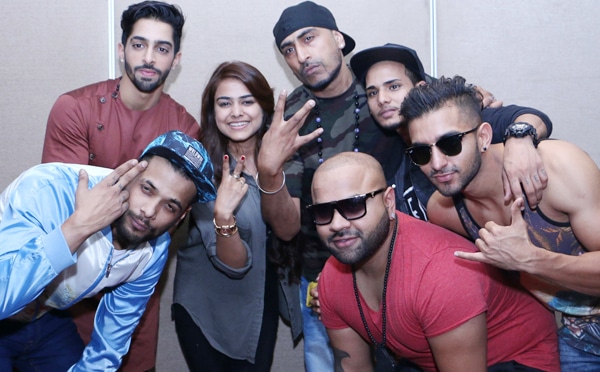 Lakeeran is a Punjabi romantic drama starring Harman Virk and Yuvika Chaudhary in lead roles with Gurinder Rai, Shivendra Mahal, B.N. Sharma, Nirmal Rishi in pivotal roles. The film produced by Wonderland Amusement Parks Pvt. Ltd seems like a simple romantic story at first takes, an unexpected turn that would have the audiences clutching their seats and experiencing a whirlwind of emotional drama. The story promises to bring back the lost charm of old school romance and the importance of the sense of belonging.

The movie is shot in the spectacular country of Portugal and the beautiful Punjab. The movie is further scattered with short situational songs shot amidst the vibrant colors of Punjab. The romantic song ‘Nimma Nimma’ has been picturised in Kashmir, bringing out the beauty of heaven on earth for the audiences to enjoy. The cinematography is by Nazir Khan, Anshul Chobey, João Monge and the Promotional head, Ganpati Creations.

Dr. Zeus, Santosh Kataria, has given the music, that have 7 melodious songs; including two short folk songs on the plight of destiny, composed by Arif Lohar, the versatile album promises music for all tastes. The songs are sung by popular singers like Zora Randhawa and Fateh; and the traditional music lovers are catered with songs brought by Nachhatar Gill, Jaspinder Narula and Feroz Khan.

Excited about his debut film Harman Virk commented; “I am truly excited for this festive release. The movie is a family entertainer and a heart-touching drama. I hope the audiences would enjoy it as much as I enjoyed filming it. Its all set to release on 21st October; see you all at the cinemas.”

Come fall in love with Punjab all over again by Lakeeran on October 21st. Visit your nearest theaters to immerse yourself in a story that would make you laugh, cry and smile.