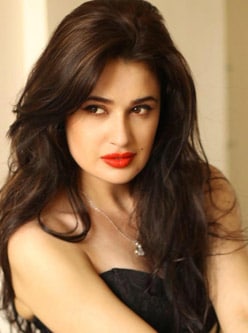 Yuvika Chaudhary’s nickname is Yuvi and she is a renowned part of the Punjabi Industry. Her date of birth is August 2, 1983, and Yuvika Chaudhary belongs to Baraut, Uttar Pradesh, India. As per her biography, Yuvika has a brother who is younger to her in age. His name is Akash Chaudhary. Her family details also include her father Ram Naresh and mother, Rajnish Singh. Yuvika Chaudhary’s husband is Prince Narula. Her marriage took place on October 12, 2018. Yuvika Chaudhary’s professional life includes her modeling and acting debuts. She did her TV debut with ‘India’s Best Cinestars Ki Khoj’ in 2004. This had released in 2016. However, Yuvika’s debut movie was ‘Daddy Cool Munde Fool’. This movie was released in 2013. She has also debuted in the Kannada Film Industry and Bollywood as well in 2009 and 2000 respectively.