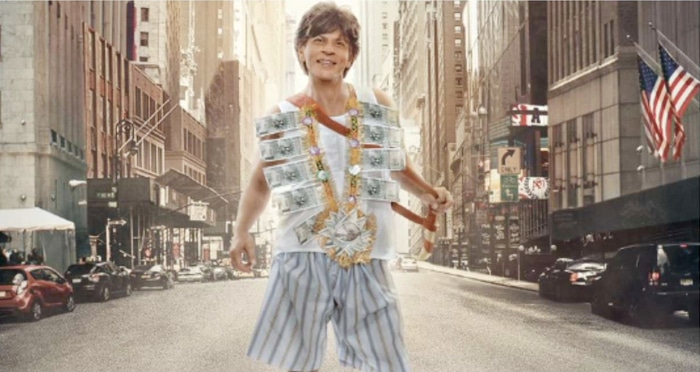 Bollywood’s King Khan Shahrukh Khan is in news with his upcoming Hindi movie Zero starring Katrina Kaif and Anushka Sharma along with him. The movie is slated to be released on 21st of December, this year, but right before its release, the movie has hit a serious controversy with its poster. The movie having the direction of Aanand L Rai and wife of Shahrukh, Gauri Khan as its producer, is considered to be the mega-hit of 2018. But now obstacles have picketed all of these expectations as the movie has disturbed religious sentiments of Sikhs.

The poster of Shahrukh Khan’s upcoming Hindi movie Zero is showing the leading actor wearing a ‘Kirpaan’ which is one of highly respected 5 Kakaar of Sikh religion and has an extreme social value. Only a Sikh person can wear it as his dress code. Now by having this on the poster, the team of movie Zero has hurt the sentiments of Sikh people. In its reaction member of Shiromani Akali Dal Delhi and Member of Legislative Assembly Delhi Manjinder Singh has filed a criminal complaint against the film and demanded serious action. He writes on his Facebook account that:

Latest news is that the President of Delhi Sikh Gurudwara Management Committee Manjit Singh GK has also taken a serious notice of it and has sent a legal notice to Shahrukh Khan. Now King Khan has to find the suitable way for carrying out his movie out of this controversy. Let’s see how the team will tackle this controversy!