After a decade of Yaar Anmulle (2011), the second installment Yaar Anmulle Returns hits the silver screen on 10th September 2021. Furthermore, the direction of the movie is done by Harry Bhatti, popularly known for Do Dooni Char, Aate Di Chidi, and Sardar Mohammad. Lastly, Gurjind Mann is the writer of the story. So, let’s begin the movie with some of its high and low aspects. 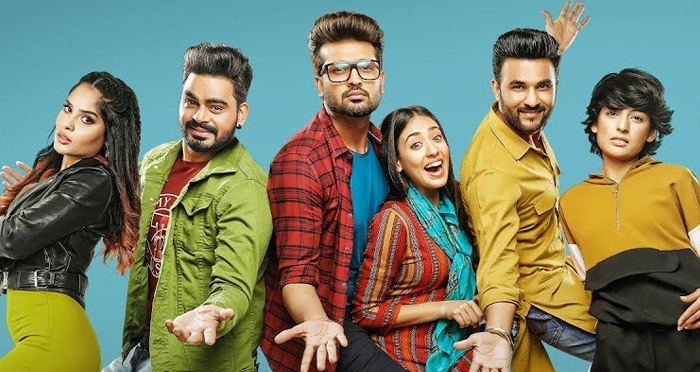 The story of the Punjabi film is not strong enough. While watching through it, you’ll see the shades of Bollywood’s 3 Idiots and Chhichhore. Moreover, Yaar Anmulle Returns begin with one of the three friends, Guri. He lives with his family. Furthermore, after a couple of scenes, the movie goes to the flashback, and till the very last it stays and revolves around college life. Post-interval the story comes into the present and two friends hop on a journey to find the third friend (reminds of 3 Idiots!). After that, the story seems to be dragged forcibly. Going contrary to its high expectation, the story of the movie definitely lacks the strength to hold viewers.

There is no denying that despite the weak story, it’s the acting and direction department that saves the reputation. Special appreciation to Jatt Tinka (played by Harish Verma) and Hariyanvi girl Priyanka (played by Jasleen Slaich). Both of them totally nailed their characters with much precision. The screen actually awaits their presence. Moreover, Guri’s role, played by Prabh Gill, makes a striking appearance minus some fake-looking action sequences. Also, Simi’s role, played by Navpreet Banga, is just okay. In addition, Deep’s role, played by Yuvraj Hans, fails to spell the right magic on the screen. Whereas Nikeet Dhillon in Aman’s character looks endearing. Jatt Tinka’s father, Sukhwinder Chahal bags two three scenes, but effective enough. Alongside, Tinka’s brother Sanjeev Attri’s role deserves appreciation. Rahul Jungral is an otherwise decent actor, however, in this movie, his role is completely underplayed. Talking about direction, sequences related to Manali or Himachali culture hold no truth. Besides it, the direction seems accurate at other places.

The movie offers several songs, and each song best suits the related situation. Therefore, the emotions of the movie scenes are well expressed through songs and music. The film portrays all types of songs. However, Mannat Noor’s Chunniyan and Singga’s Oscar songs are definitely here to stay!

Watch the movie to relish Punjabi Jatt Tinka and Hariyanvi Girl Priyanka’s at par excellence work. However, the flick does not offer anything in particular to reminiscing your college days. If you’re planning to take your families along, give it a thought. It displays the raw college life of three friends who are more into drinking alcohol than studies. Moreover, some abusive words used in the movie can make you a little uncomfortable while watching with your kids.