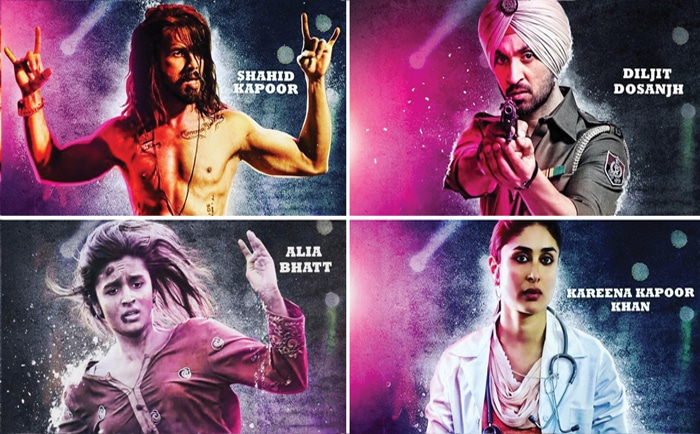 Drugs have been and are eating the wooden panel of Punjab like a pesticide. Youth is dying and families are getting destroyed. This drug issue is increasing day by day and keeping that in mind, the trailer of Udta Punjab is already a becoming a reason of talk and it is all in air. The actors Shahid Kapoor, Alia Bhat, Diljit Dosanjh and Kareena Kapoor Khan would be seen in the upcoming movie Udta Punjab. The issue of drugs in Punjab is the concept to be highlighted. The drug addict to be played by Shahid Kapoor would be a great thing to watch as he is displaying his best of acting skills. He is the ‘Gabru’ of the movie. People are already calling him with that name. He is expected to make justice to his character.

Whereas Alia Bhatt is expected to rock her dialogue delivery skills. Her hold on new language needs to be watch out. She is all changed from a glamorous babe to a poor type girl working in fields. Diljit Dosanjh, hopefully will make Punjabi talent rock in Bollywood. This can be a great venture between Pollywood and Bollywood. The punjabi icon is displaying an angry young man who is against drugs. Diljit will be seen as a police man.

Kareena Kapoor Khan is seen being a medical person, she is looking best as she does in her each role. The trailer for sure grabbed a lot of attention, let’s wait for the movie. The trailer’s view are increasing and twitter is full of positive reviews. Everyone seems excited about this great movie on a seriou Drug issue.Good Luck to the team.