With the release of trailer of the new punjabi animation movie Guru Da Banda everyone is excited to watch the movie. As animation segment of the movies are liked by all the sections of society. We have seen earlier at the time of the animation punjabi movie Chaar sahibzaade. A movie which remind Housefull for months. Animation movies are easy way to teach people about the history in the best possible manner. 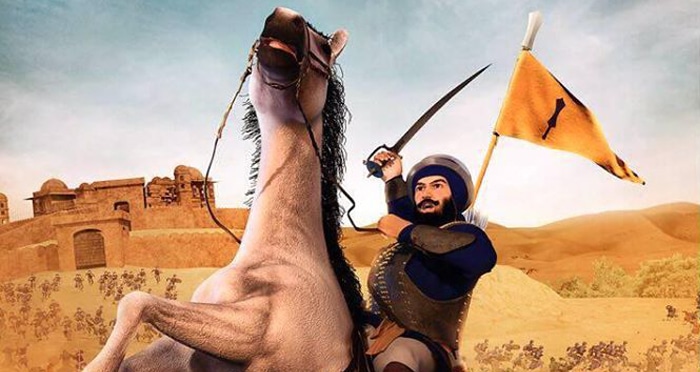 Guru Da Banda a movie on the life of Banda Singh Bahadur ji is the next in the genre of animated Punjabi movies. The trailer was released on the official YouTube channel of lokdhun Punjabi. Within a day or two trailer crossed million views.

Banda Singh Bahadur ji left home in a bid of practice asceticism at the age of 15. He was given the name Madhu Das but it was Guru Gobind Singh Ji who gave him the title of Banda Singh Bahadur. As Banda Singh Bahadur was a Sikh military commander who established a Sikh state with capital at Lohgarh, Haryana. The first major action was the setting of Mughal provincial capital. After establishing his authority in, he abolished the zimidaar system and granted property rights to the pillars of land.

Guru Da Banda the new Punjabi animation movie is directed by Jassi Chana. The research, script, screenplay and dialogues have been written by Satnam Chana. The legendary singer Daler Mehndi has sung the title song of the movie which will be also released soon. The trailer seems to be great as Pritam film productions Private Limited have worked on the animation. If you have missed the trailer click the link below and watch.

To witness the history and to learn more about Banda Singh Bahadur that how bravely he fought during his times with Mughals, unnecessary rights and systems. Then you all must visit your nearby cinema halls and watch the movie on 24th August 2018.