In the materialistic era, Punjabi film industry sometimes facing a trouble when movies didn’t get more hits in cinema but artists on the other side have a belief that every individual putting effort at peak. Likewise, Youngster Sukhdeep Sukh Punjabi Pollywood actor who made debut in Kaum De Heere struck
due to not released his Punjabi movie in India especially in Punjab but get lots of support from outside where movie get the positive response and people like this movie. 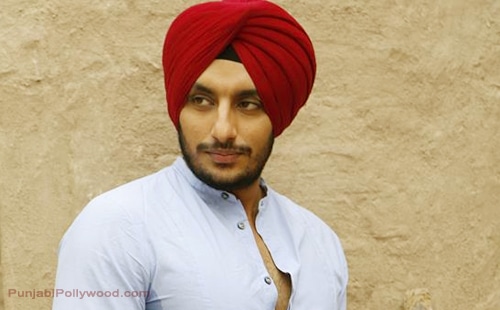 Sukhdeep Sukh lives in Punjab near Malaut, Mukstar. Few months back his movie “Kaum De Here” get released across the globe except India due to bad politics as always especially with Punjabi community who faced these things a lot. His punjabi movie got a positive response from foreign. After completing MBA Sukdeep punjabi actor entered in the world of modeling also performed theater in Chandigarh and then he get selected in an audition where he rewarded work with movie Kaum de Heere. Talking with punjabi pollywood team he shared some important things regarding his upcoming punjabi movie which is based on emotional Punjabi drama story and already done with shooting of the movie. He said we will see his movie soon in March or April 2015 and definitely audience will like this movie. So, punjabipollywood.com team pray for his success stay tuned with us for more updates.