Song ‘Pasand Jatt Di’ from movie Qismat is facing social hurdles, Kismat is not working with it 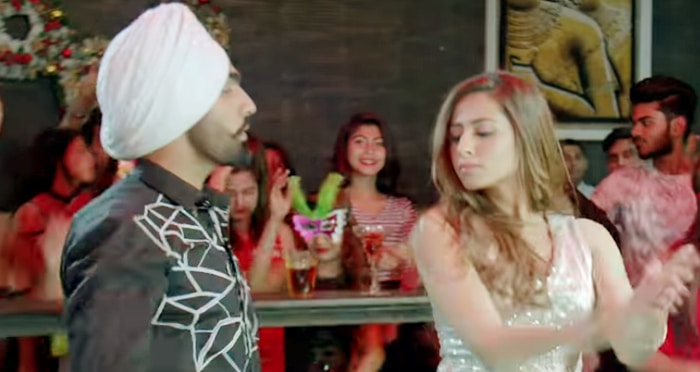 Ammy Virk and Sargun Mehta’s starring upcoming Punjabi movie “Qismat” which is going to be released on the 21st of September is facing controversy over its song ‘Pasand Jatt Di’, because of its poor lyrics. Song’s lyrics are ‘Je tainu daru ni pasand jatt di, jatt nu pasand naio tu’ which is directly a female’s comparison with alcohol, as the singer is saying if you don’t accept alcohol then I will not accept you. Because of this, various social and woman groups are criticizing it. Hence, it may become a major hurdle for the makers of this film.

More importantly, it’s the duty of a writer and the maker that they should not give any chance of complaint to the audience. The quality and the decorum should be the first priority of them before choosing the lyrics and while making the video. Sometimes such mistakes cost a lot to the producers; hopefully, the makers of Punjabi movie Qismat are able to face this problem.

Also, the Singer turned actor Ammy Virk is also not going happy from his last performances as three of his last movies including Harjeeta, Laung Laachi and Sat Sri Akal England couldn’t create a magic over the box-office. And even the movie critics and analysts don’t appreciate his work in these movies, so he is in a fast need of a grand hit. But if this movie Qismat also fails in attracting crowd towards the theatres, then he might face a problem in his acting career.

Actress ‘Sargun Mehta’ and ‘Ammy Virk’ are coming together as the main lead on the silver screen for the very first time. If their first movie becomes a hit then surely the couple will get more in the future, so it might be interesting to notice, though the trailer of the movie seemed too confusing to the audience. Also, the looks and music couldn’t be that impressive yet. So, now let’s see how this upcoming Punjabi movie Qismat will do at the box offices.