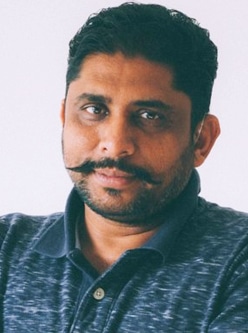 Famous Director and Writer of Punjabi films Simerjit Singh was born on 6th of December 1973 and brought up in Moga. He completed his graduation in commerce from Chandigarh University in 1993 & moved to Mumbai in 1997 to pursue his passion of films. He started his career as an assistant director with Anees Bazmee for his second movie as a director, Pyar Toh Hona Hi Tha. He made his debut in Punjabi industry as director and writer with the movie Chak Jawana in 2010. He is married to Pushpinder kaur and blessed with a daughter and son. He has won the best director award for his movie Angrej. He has a production house of his own ‘A Simerjit Singh Production’.