After Shehnaz Gill, Is it Now Jasmin Bhasin to Join Pollywood Industry?

Following the footsteps of Punjabi diva Shehnaz Gill, Jasmin Bhasin is all set to shine bright in the Punjabi Entertainment Industry. Well, after an impressive stint in the Bigg Boss season 14th, the latter is now heading to a new start. The public appreciated her appearance as well as performance in the reality show. As soon as the show ended, she has been showered upon some potential career opportunities. Furthermore, she’s recently appeared in her first music video Tera Suit alongside beau Aly Goni. Tony Kakkar’s music video garnered huge success and the song has crossed the mark of more than 40 million views already.

The actress-model is now focusing to establish a great career in the Punjabi industry. However, her latest social media post hints at collaborating with the Punjabi singer Gurnazar. The duo shoots in fields donning a simple village-style look. Moreover, Gurinder Bawa is the music director while White Hill Music is the production house. Also, popular musician Asees Kaur associates with the soon-to-release single. 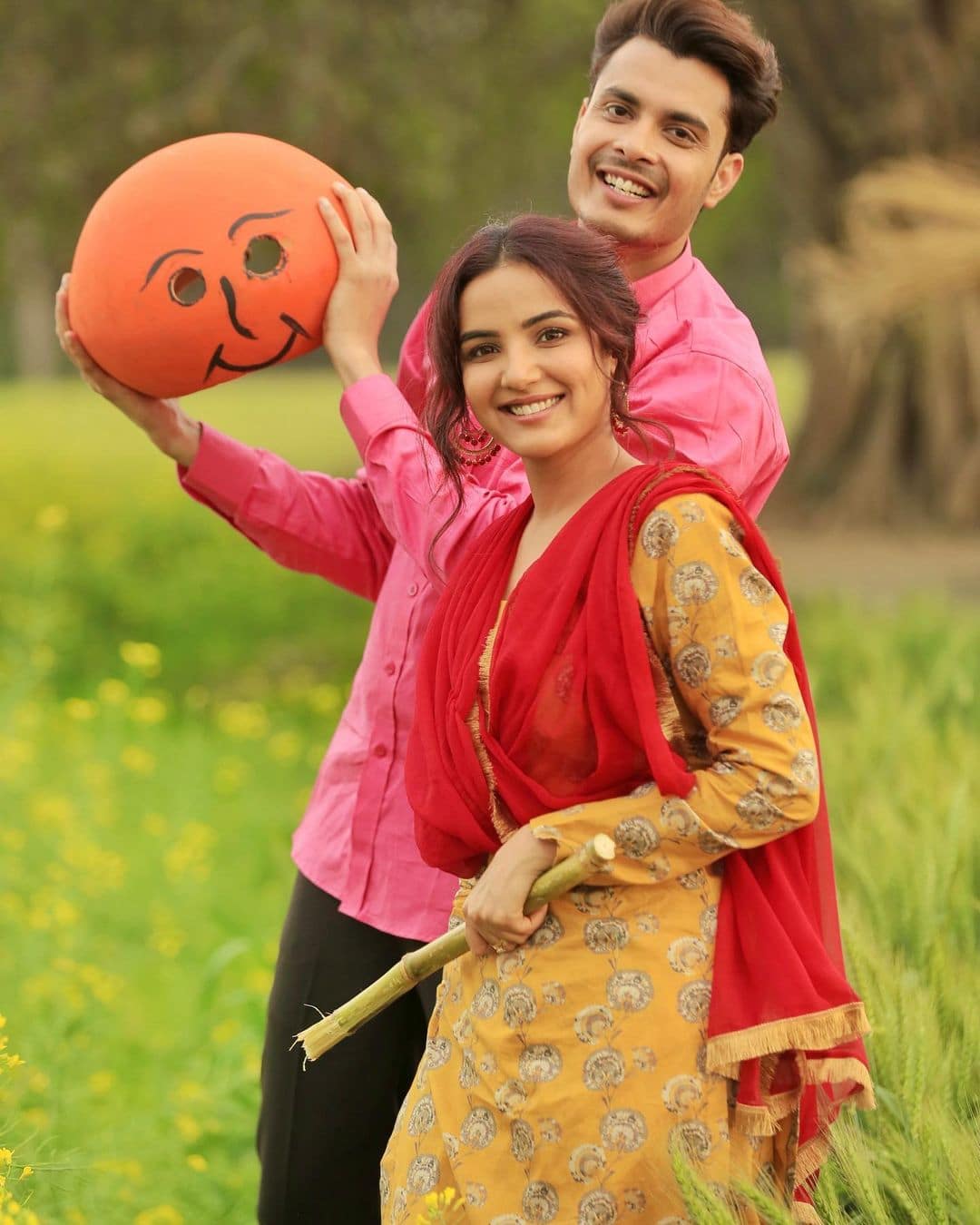 Well, with several Punjabi projects in her kitty, it seems Jasmin Bhasin follows Shehnaz’s footsteps and eyes to perform on the big screen. The actor while talking to the media confessed that she’s a greedy actor and looking forward to playing it huge on the screen. She further added that she wants to treat her fans with great performance and entertainment. The actress said she’s quite excited to work on the offers received from the Punjabi Film Industry. With language, not a barrier, she’s up for learning and exploring.