Popular rapper Badshah and Bigg Boss 13′ fame Shehnaaz Gill is currently working on a joint project. The duo is shooting for a new song in the beautiful snow-capped mountains of Kashmir. Furthermore, both of them shared the news on their respective social media channel, Instagram. Besides, Shehnaz and Badshah, singer Uchana Amit is also an essential part of the project. 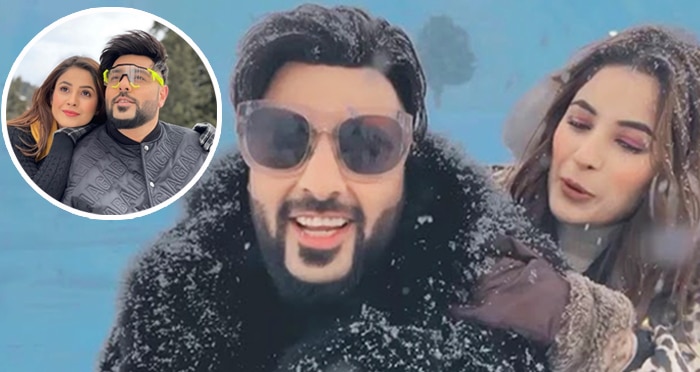 Shehnaaz shared a small video with Badshah, sitting on a motor sled and a lot of snow around. She further mentioned that the music video is coming soon and she can’t wait. While Badshah also posted a photo with Shehnaaz and singer Uchana Amit. He captioned that the video is launching soon tagging all three people. Moreover, the album is produced under Sony Music.

Talking about Shehnaaz, her career is on the boom. Earlier she did albums Bhula Dunga and Shona Shona opposite Siddharth Shukla and garnered massive appreciation & love from the public. After the wrap from this music video, she will soon commence working in a new Punjabi film Honsla Rakh opposite Diljit Dosanjh and Sonam Bajwa.

On the other side, the king of rap, Badshah’s last outing was Awaara released in 2020 and grabbed more than 16 million views.

Well, both of them are already doing well in their careers. We wish them all the love and success for the upcoming music video. We’re really excited to see them together. Don’t you?