Here are few reasons why Diljit Dosanjh’s Shadaa can be Flop?

Audience are waiting for Diljit and Neeru’s movie Shadaa but there are few dangers that may harm it badly. Even the audience has loved the trailer of the upcoming film, but we have analysed why this film may be a flop in the industry. No doubt Diljit Dosanjh and Neeru Bajwa were favourite jodi of the Punjabi audience, but there are few aspects that are now an old school. Check out few expected points of the failure of Shadaa movie here 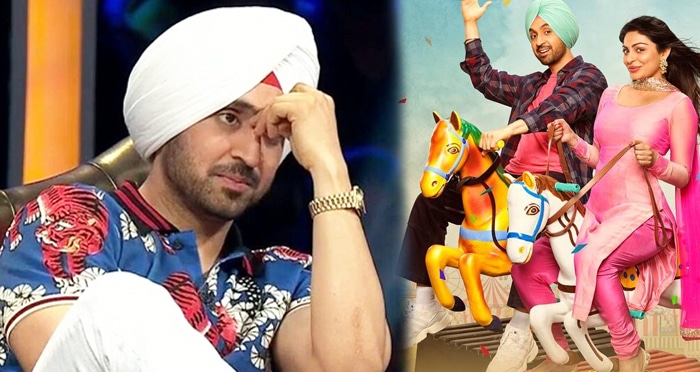 It’s about the Diljit and Neeru’s Jodi

Although there was a time when Diljit Dosanjh and Neeru Bajwa was a hot jodi in town, but now trends are not the same. As per the trailer of Shadaa we can say that the spark of the jodi is not the same. After marriage, these kinds of role doesn’t suit her anymore.  Last time the actress was seen in the character of a mother in Uda Aida which was really apt for her. Even her character in the movie gets appreciation as well. On the other hand, there is a special appearance of Sonam Bajwa as well. Is Diljit is not confident about his pairing with Neeru Bajwa to make it a hit?

The Clash of Shadaa & Kabir Singh

Secondly, there is another much awaited Bollywood movie releasing this Friday Kabir Singh starring Shahid Kapoor. With the power-packed trailer, Kabir Singh has created much hype between the audience and it’s eagerly awaited. Even the look of Shahid Kapoor and his intense acting has shown that its a must watch. On the other hand, Diljit Dosanjh came up with all those old ideas only, which audience must be bored of watching from atleast you. Bring out something new now Diljit Dosanjh.

Diljit has no time for Promotion of Shadaa

Recently Diljit Dosanjh got free from his reality show Rising Star and after a couple of days he is all set to fly for Roar Tour. In between no time for promotion of the film Shadaa? ‘Hun ik nanhi jayi jaan ki ki kre bhala’. You must have seen Diljit’s Instagram stories or post regarding the same, but Diljit where’s the ground promotion? All the Punjab stars do marketing and ground promotion but where are you? We know vadde bande vaddiyan gallan.

The Graph of Diljit’s Charm is degrading

No doubt we love Diljit but really the charm of him is degrading day by day. From last few years, none of his movie from Bollywood or Punjabi industry was par excellence. In 2016, Sardaar Ji 2 and debut Bollywood movie Udta Punjab was a blockbuster. From then till now, he was seen in movies like Sajjan Singh Rangroot, Phillauri, Soorma. All these movies had potential but don’t know what went wrong. So Diljit Dosanjh please think upon it and give something new to the audience now.