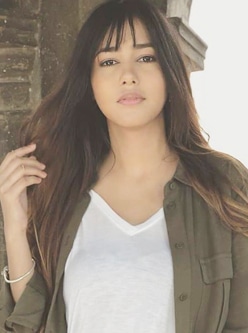 Rumman Ahmed is a popular part of the Punjabi Industry. In the industry, Rumman Ahmed’s nickname is a cute girl. Her date of birth is November 30, 1994, and her place of birth is Delhi, India. Rumman Ahmed’s biography consists of her family details. The name of Rumman’s parents is Yusuf Ahmed and Ayesha Ahmed. She has 2 brothers whose names are Waqu and Zulfikar. The details of Rumman Ahmed’s marriage are not present. Rumman Ahmed kicked off her career as a model for various prints as well as TVC’s. In 2014, she did her debut song at a young age. ‘Hanju’ was her debut song.  Harf Cheema was the song’s singer and gained a lot of momentum.