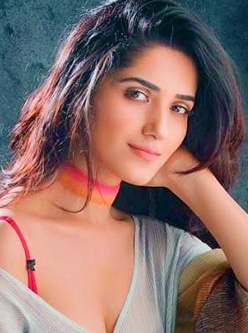 Ruhani Sharma date of birth is September 18, 1994, and she is a model as well as an actress. She hails from Solan, Himachal Pradesh. Ruhani Sharma’s biography reveals not many of her family details. The name of Ruhani Sharma’s sister is Shubhi Sharma who is younger to her in age. Apart from this, nothing else has been publicized. In 2013, Ruhani Sharma’s debut song released. The name of the song was ‘Kudi Tu Pataka’ which was a part of the album ‘Classmate’. This song included many other Punjabi actors like Babbal Rai, Ammy Virk, etc. and went to become a great hit. She has also done her debut film, though it is not in the Punjabi Industry. The name of the movie is ‘Kadaisi Bench Karthi’.