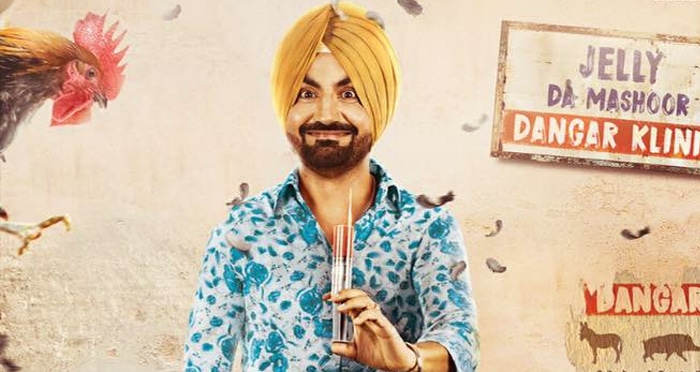 As per the unveiled first look, it seems Ravinder Grewal aka Jelly will be the most funniest and naughty doctor at the same time. It also reveals that the name of Dangar Doctor Clinic will be known as Jelly Da Mashoor Danger Klinic, the name itself shows that the movie will surely attract the viewers to the theatre.

Atharv Baluja has been directed the upcoming Punjabi movie Dangar Doctor starring Ravinder Grewal as the main lead. Whereas the movie have been produced by Ohri Production, Shivoham Media and Anil Arora. Soon the trailer of Dangar Doctor will also be revealed on Youtube. So be ready to meet Dangar Doctor urf Jelly in theatres this Diwali for any problem of your pets, the Doctor will come to your city on 20 October 2017 in your nearby cinema hall.