Ranjha Refugee Review:The famous Punjabi singer and actor, Roshan Prince is out with his new Punjabi movie, Ranjha Refugee. The movie released on this weekend worldwide. Film came out with a different subject which revolves around the double role of the leading actor Roshan Prince. The concept of double role is also fresh for Punjabi cinema so far. This film, directed by Avtar Singh, under the banner of ‘JB Productions’, is a combination of comedy, romance and drama besides the relationship between India and Pakistan. Lets read how’s this movie is through our review: 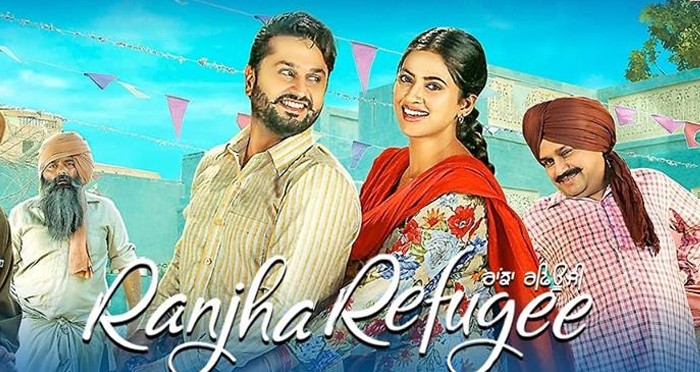 Acting: In this movie, Punjabi singer and actor Roshan Prince will appear in the lead role, which was for the first time in Pollywood industry. Roshan Prince has put up his best performance till now. Along with him actress Sanvi Dhiman also did an awesome work, which the audience is loving. All the other actors involved in this crew including Dhan Dhiman, Karamjeet Anmol, Harby Sangha and Anita Shabdish are at their best as always. But it’s a big shock for all of you as its the first time, the comedian and character artist Karamjeet Anmol can be seen as a prolific villain not making the audience laugh with his punches.

Story: Film Ranjha Refugee is the story of a family boy living in a village in Punjab, which is still popularly known as a refugee family. The son of this family falls in the love of a girl who came to the village, but the unsupportive conditions make him to leave the place. After leaving the village, he becomes an Indian in the army. But during his duty he sees a person resembling to him. Now who is he? This creates suspense in the movie. For knowing that you should go to the cinema halls nearby you.

Direction: Punjabi film Ranjha Refugee is filmed on Rajasthan’s beautiful locations, which showcased the intelligent direction. Playing a double character in this movie was not less than a challenge for Roshan Prince, but director Avtar Singh helped him a lot. Suspense has been created in a perfect manner, thus director’s role is perfect.

Music: Songs of this movie have impressed the audience and everyone loves to listen them. Especially song Jodi in the voice of Roshan Prince and penned by Babu Singh Maan got viral because of its quality.