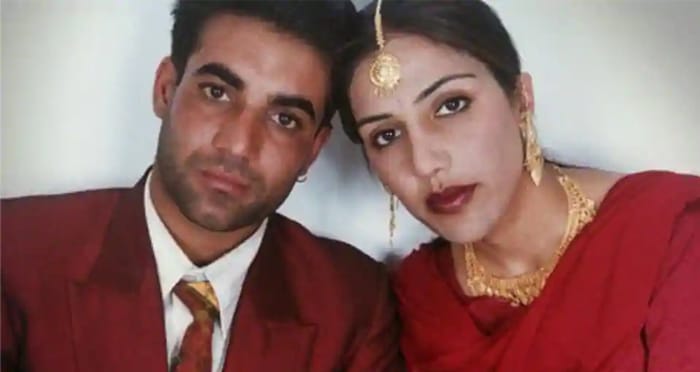 The production house M/s Dream Reality Movies has released a public issue to secure the rights of its upcoming movie. Owned by Mr. Rajesh Arora, the entity displays its authorization to make a Punjabi film on the murder mystery of Jassi Sidhu.

Furthermore, Sukhwinder Singh aka Mithoo has written and compiled a critical story about honor killing. In actuality, it is his own love-story (unfortunately) turned tragic and costed his wife’s (Jassi’s) life. 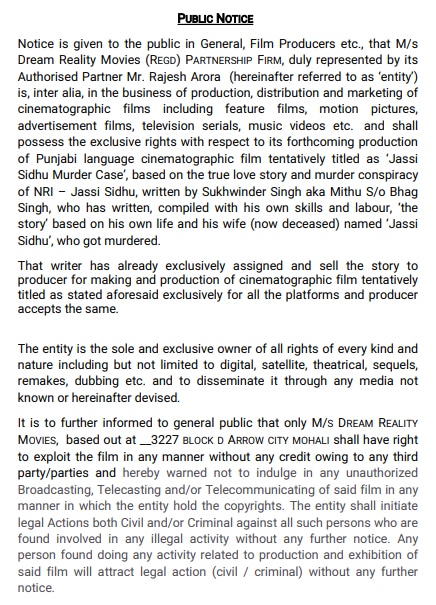 In addition, the writer has exclusively sold the story to the producer for making and producing the film. Thus, the entity is now the sole owner of all rights in any form or kind. The notice further sheds light on the breach of any ownership, due penalties will be imposed. Hence, any person found involving in any fraudulent practices concerning production and its marketing will attract legal action.

If you’re not aware of Jassi Sidhu, here’s a brief summary. So, it a real story based on the life of a woman named Jaswinder Kaur Sidhu. She was an Indo-Canadian beautician and murdered in an honor killing post marrying a person (Sukhwinder) in the same caste. Her own mother and uncle kidnapped, tortured, and eventually, killed her.

The pitiful story is on the floors and will probably release by the next year. Well, we’re looking forward to it and hoping it will educate people about the dark sides of honor killings.