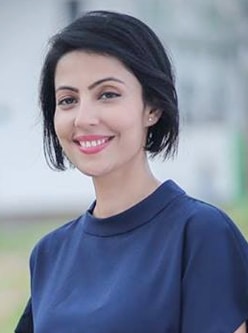 Poppy Jabbal is a successful Actress, Anchor and Model. She was born on 21 July 1989 in the house of D.S. Jabbal and Pinky Jabbal in Bhilai, Chhattisgarh. She has a brother named Angad Jabbal. After completing her schooling, she went to London to get a degree in fashion designing. After completing a master’s degree in Fashion Designing, she moved to Mumbai and started her career as a model. In 2009, she participated in ‘Gladrags Mega Manhunt’ and won the title of ‘Best Body’. She was also a part of the TV show Vodafone MTV rush. Poppy Jabbal also hosted a Zee UK show named ‘ Trendsetters’. She made her debut in punjabi film industry with the movie Mahi NRI.