Person Behind the Ban of Movie Nanak Shah Fakir.

Movie Nanak Shah Fakir is banned by the Punjab government for next two months. According to Punjab government movie, will not get into cinema until the finalized decision.Although movie releasing date is 17th of April for other states but not going to release in Punjab. Nanak Shah Fakir is based on the founder of Sikhism Guru Nanak Dev ji which gave and spread the message to the entire world that believe in one god and served humanity. Around the world, people have huge belief and faith on Guru Nanak Dev ji, whereas on movie Sikh organizations took stand that no human in this world born to play a role of guru Nanak dev ji which should be restricted and protest continues against the movie.

On the other hand, Punjab Cheif minister Parkash Singh Badal stated that communities and governments are in trouble due to these acts. He said that every organization who wants to make the religious movie should have to take permission from Religious committees before making any movie. 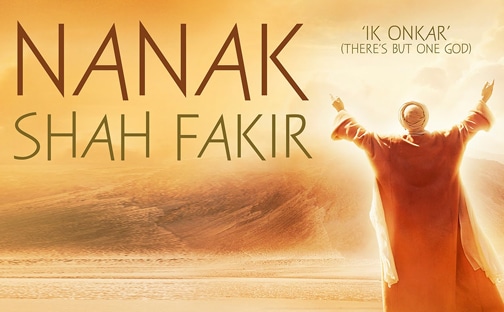 A well-renowned personality Chaar Sahibzaade, Director Harrie Baweja spokes with media that he hasn’t watched the trailer of the movie so that’s why he was not answerable on that issue. But he said that this dispute is between Sikh organizations, SGPC and among filmmakers. Whereas he believes that every religion has a permit to make a religious movie only after the script, characters, and then the movie must to finalized. The same is with SGPC, One must take approval from them to continue making a movie.