After winning the award for best debut and making everyone say his words Dhakk champion, Parmish Verma has made a mark in the Punjabi industry there is a good news for his fans. South and Bollywood blockbuster movie ‘Singham’ is soon going to get made in the Punjabi in which ‘Parmish Verma’ will be seen playing the role of Singham. Without any doubts we can say that Parmish Verma will kill the role. 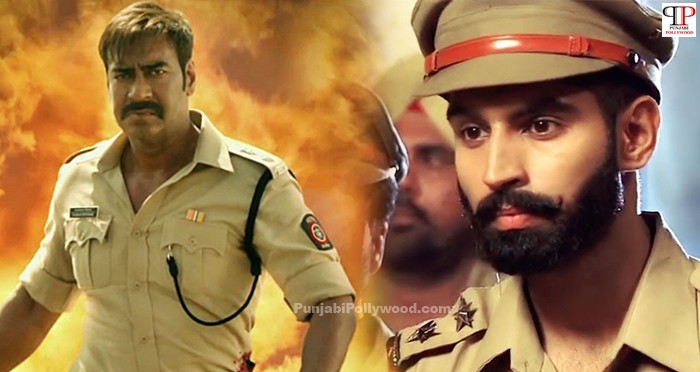 This good news was shared by superstar Ajay Devgan via his social media account. The film will hit the screen in 2019. The Punjabi remake of Singham will be produced by Kumar Mangat Pathak , Abhishek Pathak and Munish Sahni. Last movie of Parmish Verma Rocky Mental was hugely appreciated by the audience and after this news the excitement of his fans have reached skies. Your action star Parmish Verma will surely seen doing some amazing action moves in Punjabi remake of Singham.

Be ready for this amazing remake. Singham (Punjabi) has some amazing songs in the movie such as title song Singham and some romantic numbers. Lets watch out who will be seen opposite this handsome hunk and songs going on the movie. Yet the title of Parmish Verma’s upcoming Punjabi movie 2019 is to be announced.