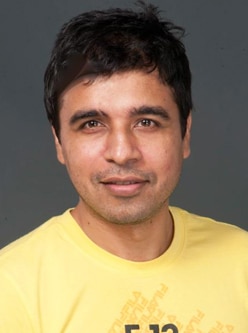 Pankaj Batra is a famous Filmmaker and Screenwriter. He was born on 28 January 1982 in Chandigarh. His wife name is Preeta Jain Batra. His Daughter’s name is Sareena Batra. Pankaj Batra is an Indian filmmaker and screenwriter who is well known for his work in the Punjabi Film Industry. Since his childhood, he wanted to become a filmmaker. Pankaj started his career as a theatre artist in Chandigarh. Later on he moved to Mumbai for making his career in film direction. Pankaj has directed many popular Punjabi films like Sajjan Singh Rangroot, Channa Mereya, High End Yaariyaan, etc. Debut Punjabi Film as Director is Reejhan in 2005. After that directed soap titled  Chaldi Da Naam Gaddi for Zee Television. He has also won a Filmfare Award Punjabi in 2017 in the Best Director category for Bambukat Movie.