Earlier was the days when couples live happily without any “IF & BUT” but now entire process changed dramatically loving birds or couples has lots of issues and fights after marriage but in romantic manners !! ”Little surprised Na…” Yes, we are talking about the married one who fight with each other in loving manner. Likewise, The same Jassi Gill and Gauhar Khan will bringing for you in the movie “ Oh Yaara Ainvayi Ainvai Lut Gaya”. On 29th of April in Chandigarh trailer of the movie launched happily.

After watching a trailer, we can say the movie is full of entertainment, romance, drama & comedy but in a limited manner which actually fall audience to keep watching a movie till the end without any hassle. It can be imagined from the teaser that debut maker Gauhar Khan actually worked beautifully in the movie however,Some Bollywood actress found difficult to speak Punjabi in the movies which Gauhar Khan implemented in a well manner where on the other hand Rana Ranbir, Karamjit Anmol & B.N Sharma will going to give you surprise in the acts. The story seems to be perfect and based on husband-wife relationships and fights among them and later on move towards divorce between Ranbir & Gunjan in the movie OYAALG. We are sure that this movie will also spread message socially. 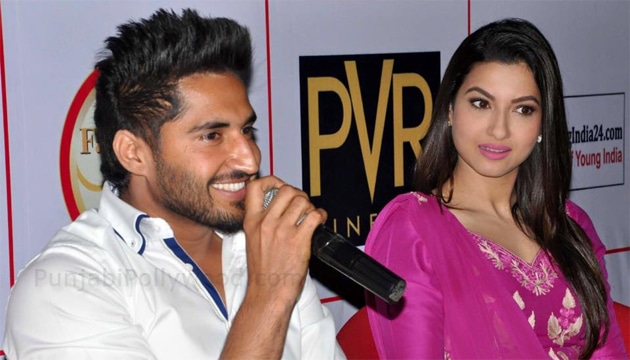 Right from the day audience heard about Punjabi movie “ Oh Yaara Ainvayi Ainvai Lut Gaya” on social media & they get excited to see Jassi gill and Gauhar Khan together in the movie also Punjabi singer and actor Jassi gill was in touch with public and promoted his movie online through social networks.

The actor already did 3 Punjabi movies but didn’t meet the expectation of the public and now it can be seen from the trailer that Jassi gill enjoyed performing his acts in his film which is pretty good sign for the young actor.Talking with media he explained that trailer is only bit of entertainment for the public but the real taste of the Punjabis that is Punjabi bhangra songs which will release soon before the movie. So, in the meantime you guys can enjoy watching the teaser below and we will right back soon for latest updates regarding movies. Please don’t forget to leave the comment and your feedback regarding the movie…