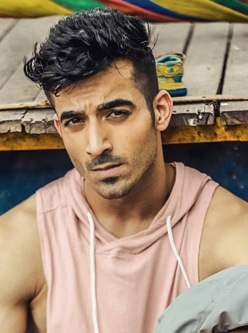 Navdeesh Arora is an emerging talent in the Punjabi Entertainment Industry. Navdeesh Arora’s nickname is Navi. His date of birth is August 19, 1995, and he was born in Jalandhar, Punjab. As per his family details, Navdeesh Arora has his parents in his family. Also, he has a sister who is elder to him in age. His debut’s work was in 2015. Navdeesh Arora gained fame amongst his fand through MTV Roadies X4. And, he has also been seen in serials like ‘Nazar’, ‘Badho Bahu’ as well as ‘Mr. Punjab’. Navdeesh Arora’s lead role is in the Khasma Nu Khaani Punjabi Serial. He has also been a part of many commercials ads as well.