Movie Review: Marriage Palace is a good choice to enjoy the weekend 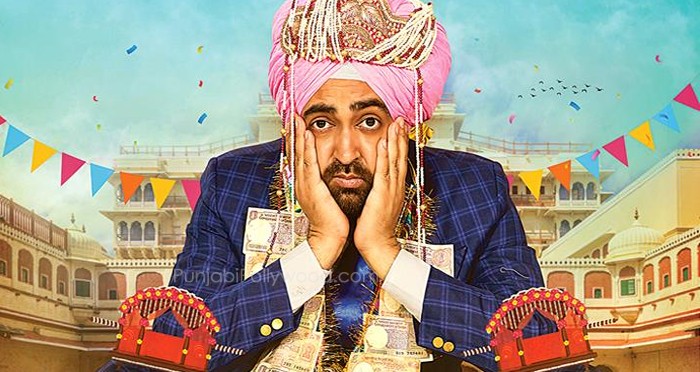 After a gap of 5 years, Punjabi singer Sharry Mann came out with his new Punjabi movie Marriage Palace in which Payal Rajput accompanied him in the leading pair. The wedding season is going on and this movie about the confusion between two marriages got released on this Friday. Based on the trends of 90’s end the movie is a full entertaining comedy movie. Following is the review of movie Marriage Palace:

Story:The story is penned by Rakesh Dhawan, which highlights the 90’s aura when the trend of marriage palace was very fresh and often the families wished to have their family’s wedding celebration in marriage palace. In the movie father of groom Sharry Mann, Jaswinder Bhalla wished for the same and father of bride BN Sharma make that arrangement. Now the sudden crisp comes in the movie as two grooms from different marriages got exchanged at marriage palace. Now, whats the next and will Sharry Mann have his wife back again? For knowing this you have to visit nearby cinema halls to watch the new Punjabi movie Marriage Palace.

Acting:The movie is more about comedy and hence all the comedians act amazingly and will make you laugh during a time span of 135 minutes. Though the starring pair of movie Sharry Mann and Payal Rajput deserves appreciation for showing the romance of the ’90s in a perfect manner. The couple looks very adorable and smart in fact. Rest all the members of star cast Jaswinder Bhalla, BN Sharma, Herby Sangha, Nisha Bano, Anita Devgan, and Nirmal Rishi takes the movie to heights of comedy. Though, Sumit Gulati outshined as an upcoming comedy artist in Punjabi cinema.

Direction:The newly released Punjabi movie Marriage Palace is helmed by Sunil Thakur. He did a good job as he understands well that it is a comedy movie so one should avoid logic and focus on humor more. Following this rule, he successfully used all the artists in an organized way. His mind helped the actors to create ’90’s view on the silver screen. Romance shown in Marriage Palace is also different from the other Punjabi movies, which is also a creativity of Director.

Music: Sharry Mann is an established singer in Punjabi music industry. All of his songs are loved by the youth of Punjab just like the hot cakes in the market. This has been proven once again as all the songs from movie Marriage Palace became huge hits in this wedding season. Along with the leading actor and singer Sharry Mann, Mannat Noor and Vinder Nathu Majra given vocals to songs of movie, lyrics are suitable to the demand of the story which is penned down by Happy Raikoti, Baljeet Singh Gharuan, and one by Vinder Nathu Majra himself. The man behind creating this melodious magic is Gurmeet Singh who has composed the songs with his music.