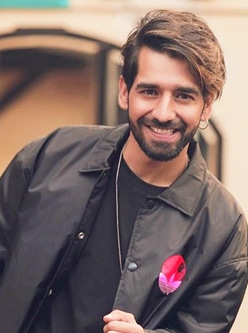 Maninder Buttar’s real name is Maninderjeet Singh. His nickname is ‘Mannu’. Maninder Buttar’s date of birth is August 1 and his Wikipedia contains no such details related to his family. He belongs to Kalannwali City district Sirsa, Haryana. Maninder Buttar is very talented because he is a part of various fields. He sings, acts and is a music composer also.