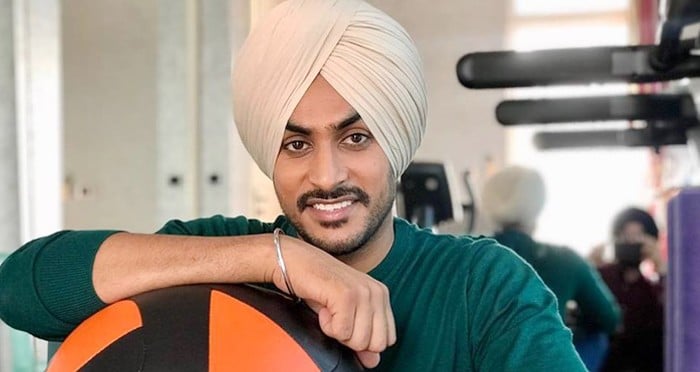 After the grand launching of many Punjabi singers, now this is one another dashing Sardar from Punjabi entertainment industry to debut as an actor in movies. Yes, you read it correctly it is ‘Rajvir Jawanda’ who is all set to make his acting debut as the leading hero with an upcoming Punjabi movie ‘Mahi Ve’. Earlier He was also seen in the Punjabi movie Subedar Joginder Singh with Gippy Grewal, which was a supporting role. But this time he will be seen as the main attraction of the movie.

Rajvir Jawanda shared a picture on his social media from the sets of movie Mahi Ve and wrote that the shoot for his first movie has been started. Though rest all the other information about movie “Mahi Ve” is kept secret, but from our sources, we have found that this movie will have Jaswinder Bhalla, Upasna Singh, and Harby Sangha in the leading star caste. It is a B.R.S. Film’s movie and having Darshan Bagga as its director who had earlier directed movie ‘Mera Punjab’ in 1994 and ‘Rabb Ne Bnayiyan Jodiyan’ in 2006. The team hasn’t announced any releasing date, but expectedly it will be out in May 2019.