Megastar Mahesh Babu bagged the highest honour Dadasaheb Phalke Award (South) in Best Actor category, recently. It is presented for his highly admired movie Bharat Ane Nenu. Hence, it has added another reason to celebrate his whopping victory. Dadasaheb Phalke Awards held in South for the very first time. It was conducted in Hyderabad. At the event, an assortment of celebrities from the Southern film industry made their presence felt. Namrata Shirodkar, wife of Mahesh Babu has received the award on latter’s behalf. It is because the multi-faceted actor is occupied shooting for his next movie in abroad. 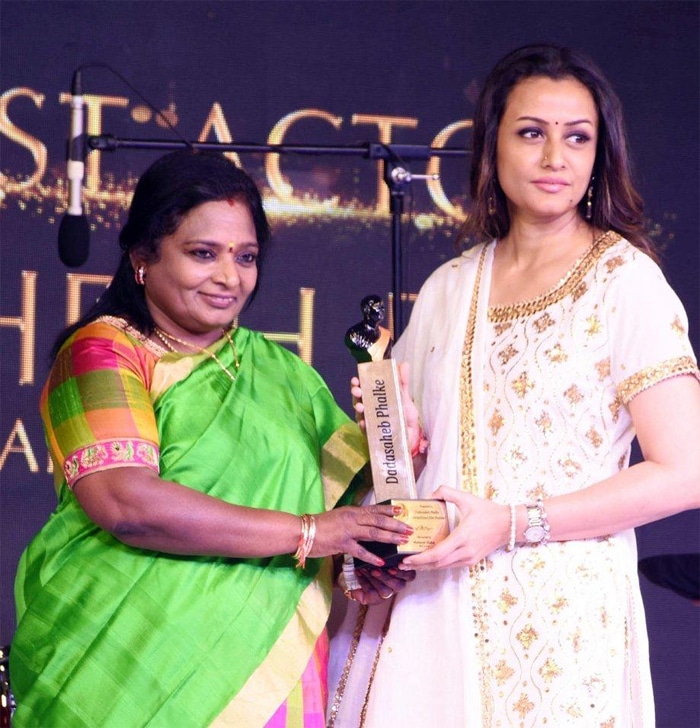 In his last project, Bharat Ane Nenu, he garnered profound appreciation from both critics and fans. The movie broke all the previous records at the box office. Consequently, it made huge business at the collection. Without a doubt, Mahesh Babu is one of the versatile actors in the industry.

He savours a huge fan-following in India as well as abroad. The actor is in the industry from quite some time now and has proved his mettle with every subsequent project. His next movie titled Sarileru Neekevvaru is all set to blaze the silver screen on Sankranti 2020. It is going to be his twenty-sixth movie. His buffs are already excited to watch their favourite hero on the screen.