Laiye Je Yaarian released in India and its review is just amazing. Harish Verma, Amrinder Gill, Roopi Gill and Rubina Bajwa’s movie went amazingly well on Indian box office. After the release of the trailer, the audience was eagerly waiting for the movie and its opening excels the thinking. Along with the trailer, songs of the movie also attracted the audience towards theatres. All in All, it seemed an entertainer and the reviews proved it right. 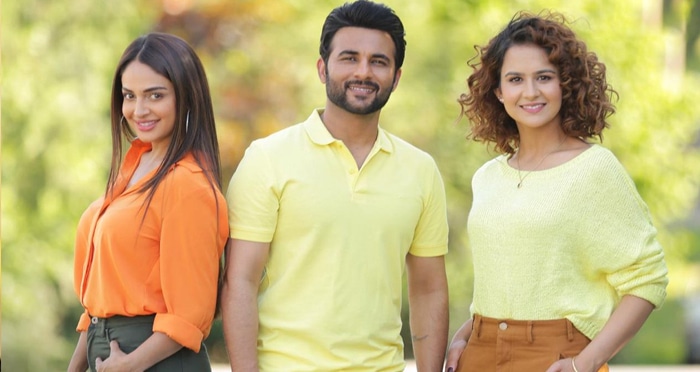 The story of the movie mostly revolves around Harish Verma (Sukh) and Roopi Gill (Raunak). Raunak runs a transport business in Abroad and has some nemesis with Garry (Amrinder Gill). On the other hand, Sukh was enjoying in Punjab and was dreaming to go Abroad. In the urge to get her shares back from Garry, Raunak hires Sukh as her manager. Being a youngster, Sukh was eager to go to Canada by any means so he presented his fake educational certificates to grab the job. After getting the job also, he was not that indulge in it and took it lightly. But things turn bad when he gets to know the situation of Raunak. Despite fighting with each other, they helped each other a lot. In between Amrinder Gill tried to lure Sukh to shake hands with him, as he did the same with previous employees as well.

Then Sukh meets a Bankers named Jaanu (Rubina Bajwa), who he even met during his college farewell. Although Raunak always felt jealous of both but never confronts. Then the table turns when the trio Sukh, Raunak and Garry consistently meet in a restaurant. Now for the same, you have to watch the movie in theatres.

If we talk about acting, Roopi Gill did it well, as she presented herself only on the screen. Harish Verma was exceptionally good in his character of Sukh. Even Amrinder Gill and Rubina Bajwa excel the bar of their acting with Laiye Je Yaarian. Also, the supportive characters did their part very well on screen.

When it comes to direction, Sukh Sanghera always did his best in music videos but as a debut movie, we expected more from him. All in all, its a must watch a movie, as the story and acting have raised the bar of Laiye Je Yaarian. So book your tickets and watch the climax in your nearby theatres.