Kuriyan Jawan Bapu Preshaan Review: A father who worries but loves his daughters

Finally, the wait is over and Kuriyan Jawan Bapu Preshaan hits the theatres today! As expected, the Punjabi movie is high on entertainment with its impeccable story, hilarious one-liners, and mind-blowing performances. Furthermore, the movie plot displays a series of emotions a father has for his daughters. Also, the moments of love, hate, anguish, or stress, surely relate to every family and household. Read on to know the movie’s inside details!

The plot revolved around a father (Karamjit Anmol) and his three daughters (Ekta Gulati Khera, Pihu Sharma, Love Gill). Moreover, the story well-curated while balancing the past and present times of a family. Initially, it sheds light on how young-looking Karamjit got married, had three daughters, and eventually lost his wife. Then, raising girls of his own looking at the societal evils, he becomes really worrisome. Therefore, he tries every possible way to keep his daughters safe and secure. On the other hand, the trio of sisters ensures to live their life fully and independently. So, the difference of opinion in two-generation is highly connective yet full of laughter.

In a parallel story, there’s a presser outside their home who dedicates the story. Interestingly, he’s also the second generation and doing the same occupation so as his late father. Also, his father dies as he wasn’t wearing a mask. Thus, the Punjabi movie throw punches on some crucial aspects while maintaining the laugh-game. 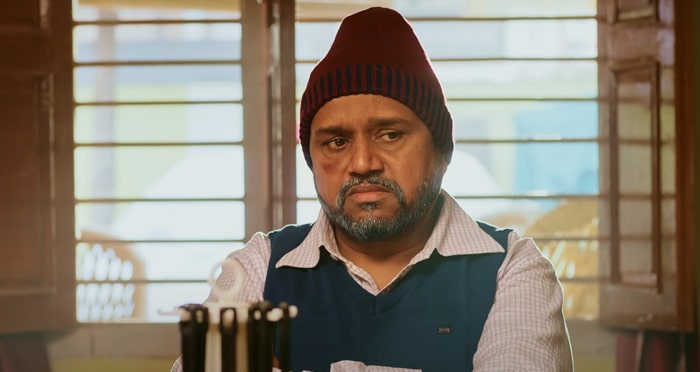 The significant portrayal of the characters comprises the ‘High’ of Kuriyan Jawan Bapu Preshaan. Karamjit Anmol is the pillar of the flick and his performance is truly matchless. Furthermore, Anmol’s transition into the character from young to old is not only appreciable but also inspiring. Next, the daughters play their role flawlessly. Special mention of Love Gill as a boxer is strong and competent. The supporting cast, even with a small presence makes a huge impact. The screen presence, comic timings, and character presentation are well delivered. Thus, on performance pitch, the movies bags a clear win.

Talking about the music given by Laddi Gill and Jaggi Singh, gains full marks. The background score is both heart-touching and pleasing. Somewhere, the emotional touch in few lyrics adds the tinge of sentiments as well. Avtar Singh, the movie’s director, plays an impressive part while giving an effective screen to each character’s presentation. His direction indeed illuminates the entire script. Lastly, the locations throughout the flick are mesmerizing too.

The importance of women empowerment is one subject you’ll sure learn from the film. It further displays the transformation in the mentality of the father figures from previous times to the present day. Earlier, fathers were strict with women in the house whether wife or daughters. Now the times have changed so as the thoughts. So, overall it is a family entertainer and you must take your families along to watch the fun-filled movie. Give yourself laughter therapy this weekend with Karamjit Anmol!!