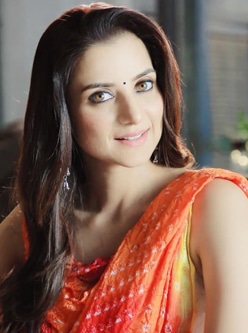 Kulraj Randhawa was born in Dehradun, Uttarakhand. Her date of birth is May 16, 1983. Her real name is Kulraj Kaur Randhawa and she did her television debut with ‘Kareena Kareena’ in 2004. She acted in her Pollywood debut movie in ‘Mannat’ in 2006. In 2019, she also acted in her debut Bollywood movie. She has also done modelling as well as movies in the South Indian Film Industry as well. She gained her acting skills from Kishore Namit Kapoor Acting Institute and that she used to ramp-walk in her college days too. Her biography does not include family details except for the fact that her father is a Retired Army Officer. And, because of his posting, she is known to have stayed in Bengaluru, too. She is not married but her rumored boyfriend was Tusshar Kapoor.