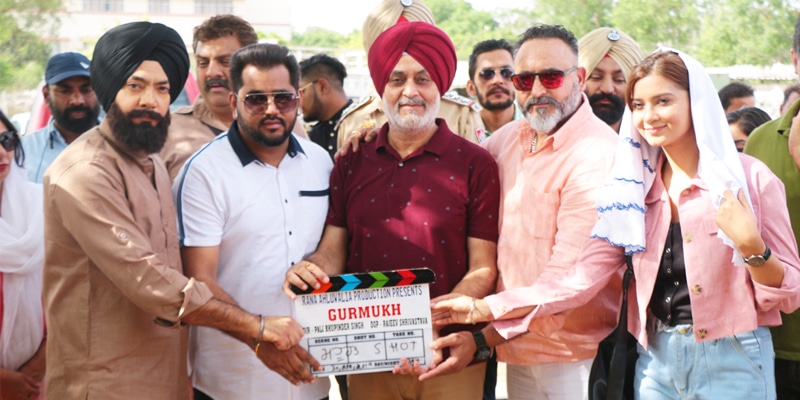 The shooting of film ‘Gurmukh ‘ has commenced today. Working both as director and writer of the movie Pali Bhupinder Singh already has his name in writing scripts for about half a dozen punjabi movies. ‘Gurmukh’ portrays a positive personality of Kuljinder Sidhu after a long time on cinematic front. Along with Sara Gurpal ,Akanksha Sareen, Malkeet Rauni, Yaad Grewal, Sardar Sohi, Gurleen Chopra and many other faces of punjabi industry and fame will be seen in the movie.

The movie Gurmukh is basically based on a young boy who remains happy in consent of gods grace. But there comes one day when he is startled by an incidence which makes him raise his voice against injustice. Gurmukh stands against all odds and proves himself as a true Sikh inspite of all the pressures.

Under the banner of Rana Ahluwalia the movie is filled with a different kind of action and drama which will bring a sense of freshness to punjabi cinema and entertain the audience. There is no latest news about the release dates for the movie. But to know more about this movie stay tunned to Punjabi Pollywood!!