Naveen Tak’s new Punjabi movie Krazzy Tabbar starring Harish Verma and Priyanka will be releasing on 7th July 2017. Poster of the movie Krazzy Tabbar has been released and it seems that it will be a great comedy movie. As per the poster, it seems like the movie will be about family issues but on a lighter part that create problem for the newly married one. And a police officer, who may have been called to solve the problem, he also sits and watch the scene quietly and enjoying it. The movie has full masala material in it, be it comedy, family drama, emotion and all. 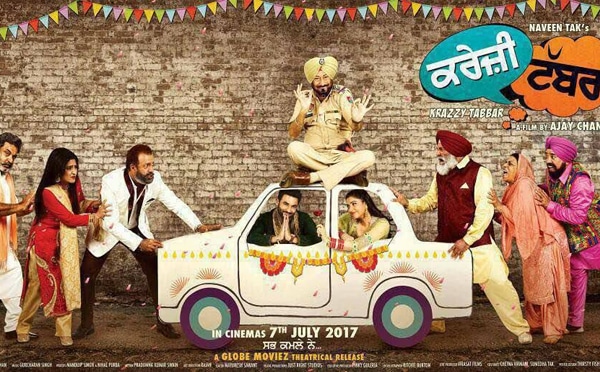