Punjabi movie Khaao Piyo Aish Karo hits the silver screen today. With the remarkable cast of Tarsem Jassar, Ranjit Bawa, Jasmin Bajwa, and Aditi Dev Sharma, the film is directed by Ksshitij Chaudhary and written by Rakesh Dhawan. Furthermore, after an incredible trailer, the movie surely goes beyond expectation with a display of some stellar performances, hilarious dialogues, and hard-hitting reality. Read on to know more! 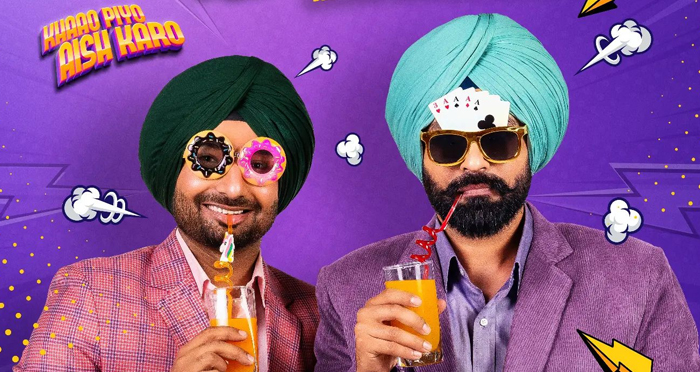 The plot revolves around two brothers Jeeta (Tarsem Jassar) and Mitha (Ranjit Bawa). Both Jeeta and Mitha belong to the  Jattfamily in Punjab. They are first cousins and stay next door to each other. Jeeta lives with his grandfather, mother, and two sisters. On the other hand, Mitha stays with his mother and father. Moreover, they’re typical shareek (relative) who fight over petty things and cannot bear each other’s sight. Jeeta is an electrician and a responsible person while Mitha is jobless and carefree. The former delays his wedding plans in view to marry his younger sister. However, one day a proposal from a beautiful girl Seerat (Jasmine Bajwa) alters his mind.

So, then he starts preparing to win over her family by meeting their demand to own a pucca house. Desiring to construct a house but unable to afford it, he seeks a loan claiming it to have a dairy farm. Eventually, when the loan inspector arrives, the whole scheme comes to a standstill. Top it all, the entire drama, quarrel, and stress are set by Mitha. Watch the movie to know where the fun-filled ride takes the situation!

Talking about the performances, each character outplays their role. Tarsem Jassar shows a remarkable improvement in his acting skills in Khaao Piyo Aish Karo as compared to Galwakdi. Ranjit Bawa takes another round of applause for nailing his character of a nosy cousin who leaves no stone unturned to create as many troubles for Jeeta. However, the bromance between the two is something magical and unforgettable.

Next, Jasmin Bajwa does all the justice to her character. Also, Jeeta’s elder sister played by Sandeep Malhi deserves equal appreciation. Furthermore, the loan inspector by Hardeep Gill, Jeeta’s younger sister Prabh Grewal, her love interest Gurbaaz Singh, Aditi Arya (Ranjit’s love interest), and other supporting cast nailed their roles to precision. Special credits to the director for engendering each character with the right amount of space on-screen. 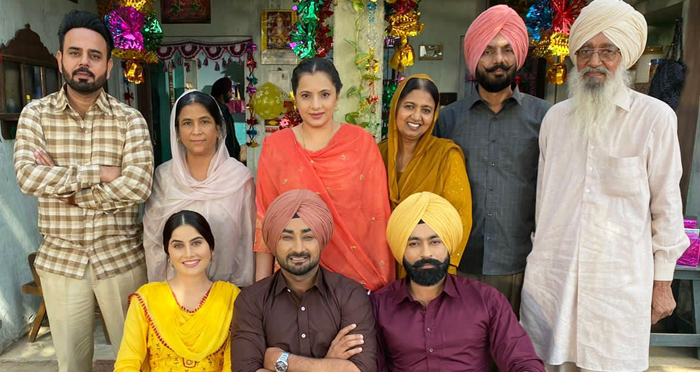 The movie’s music turns out to be another fascination. Songs like Shareeka, Wagdi Raavi, and others are highly relatable and touching. Though a number of songs in the movie are a little high as it hampers the interest glued in the story. However, the background music is also something to look forward to. When there is no dialogue background score takes up the charge. For immaculate presentation, Ksshitij Chaudhary takes a bow down. He proves to be a specialist in the genre of family drama. Besides him, the storyteller Rakesh Dhawan gets all the claps.

Khaao Piyo Aish Karo, a complete family entertainer, is a perfect pick for a person belonging to any age group. It is Mitha & Jeeta’s bromance spiced up with political satire and today’s reality. So, what are you waiting for? Just book your tickets and buckle up to relish a laughter-filled ride.