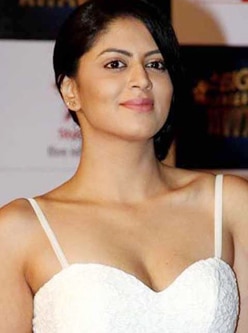 Kavita Kaushik is a famous actress. She established a niche for herself in the Television era also. She played the role of ‘Chandramukhi Chautala’ in serial F.I.R. which comes on Sab TV. Kavita Kaushik’s nickname is ‘Mithhu’ and her birthdate is February 15, 1981. Her biography reveals that she is married to husband Ronnit Biswas. And, he is a business executive by profession. She married him in 2017. Kavita Kaushik debut movie was ‘Vekh Baraatan Challiyan’ opposite Binnu Dhillon, however, her Bollywood debut was in 2004. Her wikipedia reveals her family details that her father Dinesh Chandra Kaushik is a retired CRPF officer and her mother is a housewife. She does not have any siblings and is the only child of her parents.