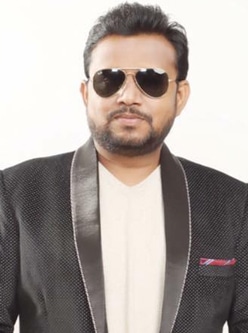 Another established actor in the Punjabi Industry is Karamjit Anmol. Apart from acting, Karamjit Anmol as a comedian, singer and a film producer too. Karamjit took birth on January 2, 1972. He’s married and Karamjit Anmol’s wife’s name is Gurjot Kaur. Apparently, he lives in Mohali, Punjab, India. He has been blessed with 2 children whose names are Armaan Singh and Gurshaan Singh. In 2010, Karamjit acted in his debut movie.  ‘Chak Jawana’ is the movie’s name. Karamjit Anmol’s contribution to comedy films is nothing less than a blessing.  He has the talent of singing also. His debut album was ‘Aashiq Bhaji’ which was released in 2005.