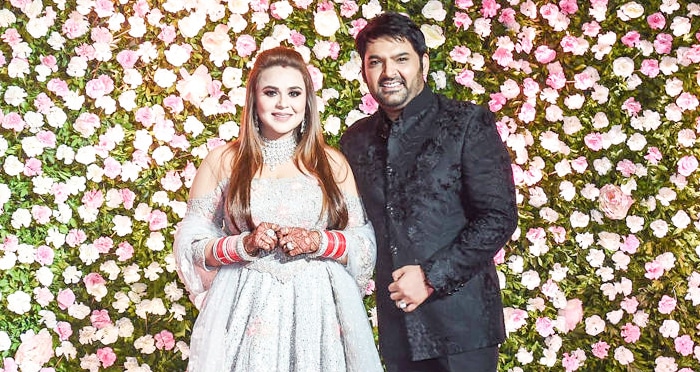 Comedian and actor Kapil Sharma is all set to enter parenthood by the end of this year. Kapil Sharma’s wife Ginni Chatrath has been pregnant with their first child and expected to deliver by the last of this year only. The father-to-be has been taking care of his wife and even spending lot of time her. Even his mother and in laws are in Mumbai to take care of mother-to-be Ginni. If reports are to be believed, the Kapil- Ginni may welcome the lil one by December 2019. Although yet the confirmation of the same has been awaited by the comedian himself. As of now Kapil has been focusing on his show and career. Recently he grabbed World record of being the most viewed standup comedian in India and Abroad.

Kapil Sharma married his childhood sweetheart on 12 December 2018 in Jalandhar in a private ceremony. Whereas further, they arranged reception parties in different locations like Amritsar, Mumbai and Delhi. Despite the hectic schedule, the newly married went for their honeymoon to Amsterdam. After 5 months of their marriage, the good news has been out that the couple is all set for the lil one.