Punjabi actor Kanwalpreet, known for his performance in Vilayti Bhabhi, exchanges the ring in a hush-hush ceremony. Yes, the actor now hitched to his long-time girlfriend and anchor Rampreet Kaur. 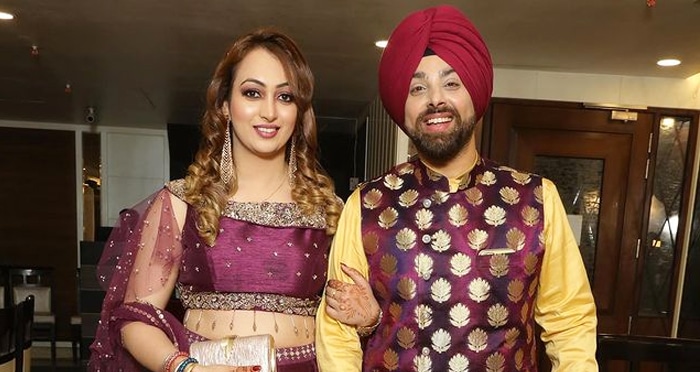 Also, it is Kanwalpreet who shared the good news via his social media account. In all smiles & cheers, the actor displayed a picture with his soon-to-be-wife. Furthermore, the duo looks mesmerizing in color-coordinated outfits and holding onto each other. While Kanwal chose an indo-western attire, Rampreet looked radiant in wine-color lehnga.

On the professional front, Kanwalpreet has performed character roles in the Punjabi as well as the Hindi film industry. He made an appreciable appearance in Imitiaz Ali’s Tamasha, Zubaan, Tutak Tutak Tutiyaan, and many more movies. He has played a significant role in the TV show Vilayti Bhabhi streaming on Zee Punjabi.

While talking to us, the actor revealed the marriage would take place by the end of 2021. Well, we wish the couple all the love, light & togetherness!