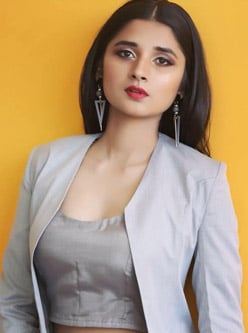 Kanika Mann is another popular face who began her career with Punjabi Industry. Kanika Mann’s date of birth is October 7, 2019. She was born in Panipat, Haryana, India. Apart from being a model, she is a television as well as a movie actress as well. Her biography reveals that she was the winner of the title ‘Miss Continental’ in 2015. After this, she kicked off her career beginning with the television commercials. Kanika Mann’s debut song as a model was released in 2015. The name of the song was ‘Roohafza’ and it was sung by singer Sharry Mann. Apart from this, Kanika Mann has also made her small screen debut with the serial called ‘Guddan – Tumse Na Ho Paayega’. She gained more popularity with her role of Guddan Jindal in the show.