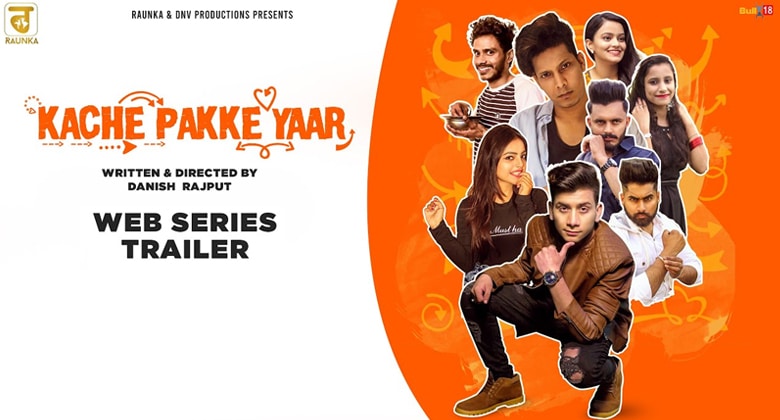 Kache Pakke Yaar is a Punjabi web series streaming strong on YouTube from July 18, 2020. The very talented Danish Rajput is the writer and the director of the show. Furthermore, music is given by Cheenu Sehgal, Candy Beat’s, Shehzill Arora, and Folk SwaggeR S2dioz. Also, the comedy-drama has touched millions of hearts who move abroad after a successive struggle.

It depicts a very interesting tale of a group of friends who happens to be in a college. Besides, a fun-packed college drama, the plot keeps you glued with interesting twists in their love relationships. In addition, it demonstrates how it affects their life and friendship equations from time to time. Moreover, it is a light-hearted comedy with a series of believable events or situations.

Every Punjabi guy will feel connected & strung with at least one of the various characters. Furthermore, it is a pleasantly entertaining web show with a strong message towards the end. Also, each episode offers a fascinating aspect to look forward to. From the compelling script, power-pack performances to heart-touching music, Kache Pakke Yaar offers it all. Without further ado, watch it & enjoy it!